CNN does its best to put lipstick on the pig that is Joe Biden’s gun confiscation policy. (Image by Carl “Bear” Bussjaeger)

Following Joe Biden’s finger-pointing tirade in which he called a Detroit construction worker a horse’s ass when he dared to ask the candidate about his gun control agenda, the Biden campaign needed of some damage control. That’s when the tireless journalists at CNN got to work to assure Americans that Ol’ Joe really doesn’t want to confiscate anyone’s firearms.

All evidence to the contrary.

They were so eager to clear up Joe’s position regarding the RKBA that they had Holmes Lybrand put together a handy post, Fact-checking Joe Biden’s recent comments on gun control.

Facts First: Biden’s gun control plan does not include confiscating legally owned weapons and an interpretation of a “viral video” is a mishearing of what was said. The former vice president has said in the past that a Biden administration would come for people’s “assault weapons.”

See? You just “misheard” Joe. But Biden’s plan is to make “assault weapons” NFA items and regulate them like machine guns. He would offer gun owners three choices.

The devil, as always, is in the details. By what date would one need to have an NFA tax stamp for their AR-15? Will the deadline actually allow enough time to register several million firearms?

One bill to make “assault weapons” NFA items, H.R. 1263, was deliberately designed to give a mere 120 days to get a stamp…when it takes months to get something like that done.

Lybrand then went on to correct a couple of misrepresentations Uncle Joe is fond of spouting about “smart” guns and machine guns, but make no mistake. If he’s elected president in November, he — with the help of his gun control czar, Beto O’Rourke — is coming your guns.

CNN may be valiantly trying put lipstick on the Biden “assault weapon” ban pig, but it’s still confiscation any way you look at it. 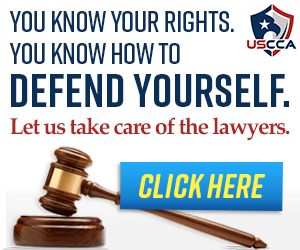